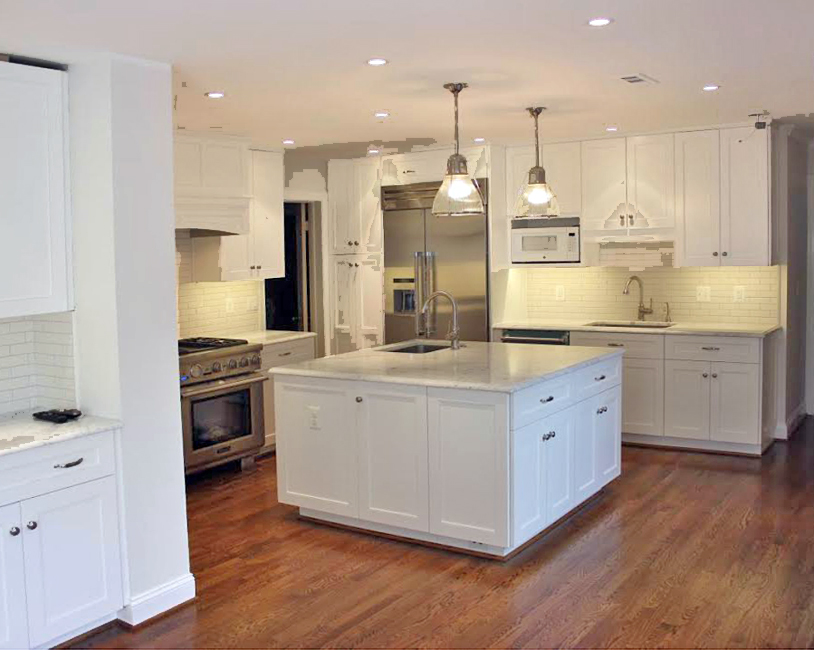 The clients seeking a kitchen remodel in this case study were not only homeowners but business owners, as well. They were extremely busy managing and running their business. The challenge for we, as kitchen designers, was that they were almost too busy to make the necessary decisions for their kitchen remodel project.

We discovered that by bringing options to them for various materials — like door samples and finish samples – it helped them with their decision-making. When they could look at and choose from only two or three options, it really moved the project along. When they saw more than one or two samples, they experienced decision paralysis.

Another challenge they gave us was that we had a very short window to complete the project once they decided to go ahead — only seven weeks.

They mostly liked the existing kitchen’s existing footprint, so no walls would be moved, which was good since the time we were given to complete the project was so tight.

In an attempt to make it easy for them to decide what they wanted their new kitchen to look like, we prepared and presented two designs and two proposals. That may seem like a lot of effort on our part, but it helped them focus on their goals.

Before the Kitchen Remodel

The Design Solution and Its Challenges

The homeowners were extremely busy running their business, and it was difficult to get both of them together at the same time. They were distracted and both found it hard to focus on making decisions for their kitchen remodel.

The soffits were scheduled to be removed, and it was a happy discovery to find there were no HVAC issues when they were taken down. With the soffits removed, we were able to get wall cabinets 41” high, instead of the 30” high that were in the old kitchen.

No changes were made to the existing footprint of the old room.

At the last minute, the clients made a change. They had initially said they would keep the microwave in a base cabinet, but they decided they wanted the microwave elevated for easier use. Because we were rushed on this project, it wasn’t possible to order a fitted microwave with a trim kit. While we, as the designers, don’t like the look of the extra space around the microwave cut-out, the customers were happy, and we did accomplish their goal.

The home had an office elsewhere in the house, so all computers and office-related equipment was removed from the kitchen, freeing up more counter space.

They didn’t use their island for seating, so we were able to add two cabinets for storage where previous seating was located. The size of the island and the top on the island stayed the same.

We replaced a dark and inaccessible area beside the existing fridge with a pantry with roll-out shelves to give the homeowners the extra storage space they were asking for.

The Wrap Up / After the Kitchen Remodel

Clean, white, bright and spacious – what a difference this kitchen remodel made! Modern energy-efficient stainless steel appliances, Shaker style doors with a 3/16” inside bead and Carrera marble countertops all contribute to the overall transformation.

The Wellness Kitchen and You 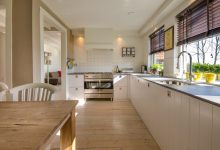 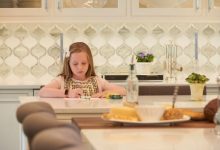 What to Know About a Kitchen Backsplash