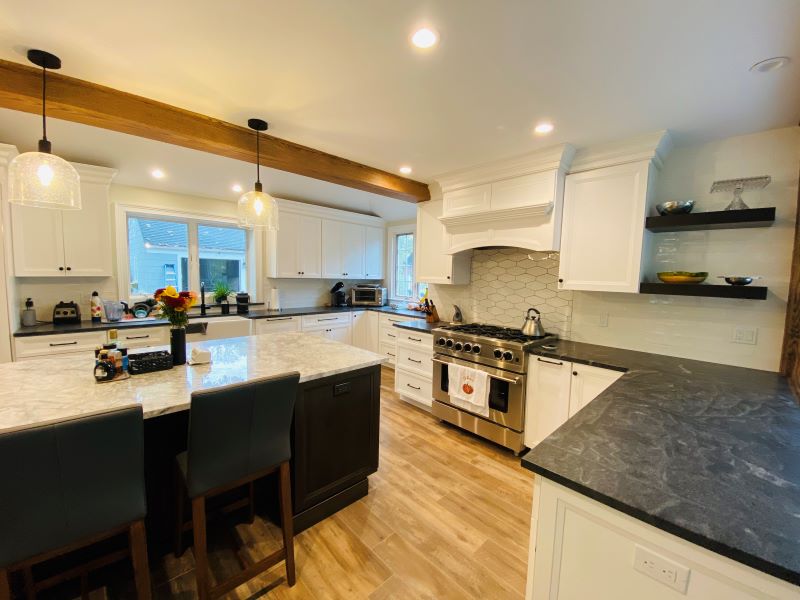 The owner of an older home was in need of a major kitchen remodel. She’s a single mother, busy executive and cooking enthusiast who purchased an older home for its charm and location. As a result, after living in the home for a year, she was ready to take on the challenge of a major remodel. Not only the kitchen, but complete HVAC, windows, roof, new patio, new fence for the property, hot tub install – a big project.

The client hired a kitchen designer, who was involved from the very beginning. As a result, she was instrumental in bringing the project to completion. The home had lots of space to work with to enlarge the kitchen.

The Challenges for this Major Kitchen Remodel

Client’s top priority was to upgrade and enlarge the existing space and choose an appropriate look and style to keep with the age of the house. Although the kitchen had been remodeled in the past, the appliances were breaking down and had to be upgraded and replaced.

Appliance repairmen had been called several times, and the family lived for eight months without a dishwasher.

Although the existing kitchen was usable, there was no island and no space for family seating. – a definite priority.

The perimeter countertops did not provide enough counterspace for a passionate cook. Plus, there was often more than one cook working in the kitchen.

The floor was narrow hardwood planks in a yellow stain that needed refinishing. Kitchen had too many windows and doorways.

Client wanted to open walls to the dining room to get an open floor plan, but keep some existing dining room space for table and chairs.

The homeowner found the low, flat ceiling to be extremely boring. She wanted to create some visual interest.

How We Got to “After” for this Major Kitchen Remodel

The client had worked through a complete kitchen remodel in the past in another home. Consequently, she knew what was involved and was prepared with ideas when she first met with the kitchen designer. The homeowner knew the look she wanted so product selection was easy.

The space and budget to accomplish the remodel results were available..

To enlarge the kitchen, space was taken from existing entry way and laundry room. The back door was moved and entry way space reduced, but not eliminated.

The biggest challenge encountered was that client wanted a wood ceiling, which, unfortunately, had to be scrapped due to cost. We suggested wood beams as an alternative. When the existing ceiling was removed, a metal support beam was discovered. We boxed it in to create the look of a wood beam. We also discovered that the ceiling was two levels, but after consideration, we decided to keep it.

The new kitchen is hardly recognizable. The entire layout of the room was re-configured to get the kitchen the client wanted. What she got:

Homeowner is thrilled with her new kitchen. Her goals were met and the style of the kitchen looks new and contemporary, yet it fits in with age of the older home.

Although narrowing down choices was difficult and changes were made mid-way through the project, and there was some discouragement from the delays in completion, it eventually was finished, items on the punch list were taken care of and missing pieces from the factory were installed. Like the homeowner said, it’s like giving birth. The joy of the end result is worth the pain of the process. 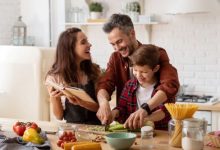 It’s the beginning of a new year and that means kitchen trends predictions. What makes this year different and possibly more relevant for anyone who is... Read More

Kitchen Safety at the Center of a Kitchen Design

A kitchen’s layout and design plays a crucial role in its function and safety. This is especially true for kitchen safety, which includes everything from appliance... Read More 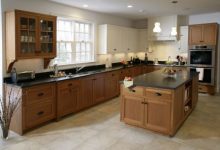 Get a Scandinavian Style Kitchen

When you hear the words “Scandinavian kitchen”, you probably think of “less is more”. And that’s not wrong, but there’s so much more to today’s Scandinavian... Read More