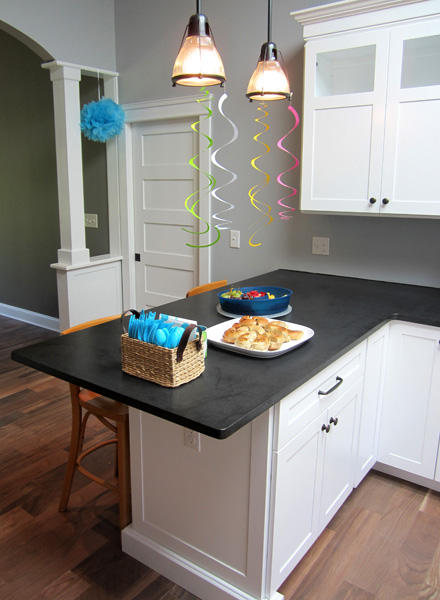 This kitchen re-do project was initiated by a busy professional couple with two young children. Their home, built during the 1970s, had a kitchen that was previously remodeled; however, it was out of style again.

The existing kitchen did not provide enough storage for the wife’s cooking paraphernalia. So. she wanted to upgrade the dated appliances to professional grade because she is an enthusiastic cook.

Both husband and wife hated the kitchen floor, which was tile with brown grout. It was impossible to clean and keep clean. Therefore, a new floor was on the must-have list for this kitchen re-do project .

The previous owner had used the kitchen as her office and tv room. There was a fireplace in the existing kitchen, as well. The couple didn’t want to keep any of these features. Consequently, they had it scheduled for demolition.

Before the Re-do Photos

The Design Solution for the Kitchen Re-do

The homeowners were busy, and it was difficult to get both of them together at the same time to make decisions for their kitchen re-do project. They were not design savvy and could not imagine or picture in their minds how things would look. As a result, they had a difficult time choosing colors and materials.

The husband was extremely cost conscious and questioned every item. Consequently, the project was often put on hold while he investigated other options looking for a better price.

Having enough space for what they wanted was not an issue. No construction problems were encountered. The existing footprint was used.

All items on the homeowners’ wish list were delivered. Because the existing kitchen was very large, there were no fitting issues. They ended getting about 40 custom cabinets in a beautiful new kitchen.

The Wrap Up/After the Kitchen Re-do

The kitchen re-do resolved many problems for the happy homeowners. 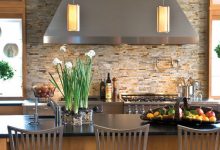 The wellness kitchen was a trending topic in kitchen design before COVID-19 hit. At the start of 2023, however, the wellness trend has gained momentum. As... Read More 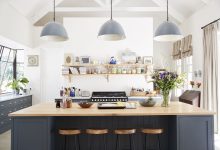 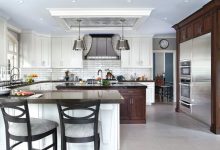